And when this epistle is read among you, cause
that it be read also in the church of the
Laodiceans.

The broad-backed hippopotamus
Rests on his belly in the mud;
Although he seems so firm to us
He is merely flesh and blood.

Flesh-and-blood is weak and frail,
Susceptible to nervous shock;
While the True Church can never fail
For it is based upon a rock.

The hippo’s feeble steps may err
In compassing material ends,
While the True Church need never stir
To gather in its dividends.

The ‘potamus can never reach
The mango on the mango-tree;
But fruits of pomegranate and peach
Refresh the Church from over sea.

At mating time the hippo’s voice
Betrays inliexions hoarse and odd,
But every week we hear rejoice
The Church, at being one with God.

The hippopotamus’s day
Is passed in sleep; at night he hunts;
God works in a mysterious way-
The Church can sleep and feed at once.

I saw the ‘potamus take wing
Ascending from the damp savannas,
And quiring angels round him sing
The praise of God, in loud hosannas.

Blood of the Lamb shall wash him clean
And him shall heavenly arms enfold,
Among the saints he shall be seen
Performing on a harp of gold.

He shall be washed as white as snow,
By all the martyr’d virgins kiss,
While the True Church remains below
Wrapt in the old miasmal mist.

2019-05-27 0 Comments
The World Loves LOVE The world revolves with love, It is the only feeling that is as peaceful as a dove. It engulfs you but...
Continue Reading...

2019-05-30 0 Comments
To share with you Sharing my happiness And all my sorrows You are my hubby dear With you I don't feel the fear You are...
Continue Reading... 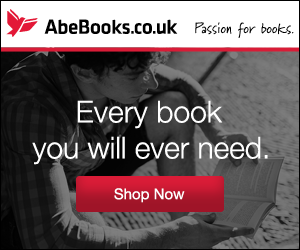